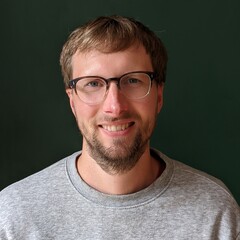 I am a proactive, self-motivated, and versatile Lead Artist with over ten years of combined CG experience. I have worked on a variety of projects from animated short films and advertisements, to video games and Virtual Reality productions.

I thoroughly enjoy creating rich, immersive, and beautiful worlds. Every environment I create has an important and unique character that underpins the style and success of the final production. However, I also understand that a good environment should never distract the audience or player from the plot or goal.

I am very skilled in many 3D and 2D production packages and have considerable strength in environment art and the areas that it encompasses. I have managed, directed, and supervised other artists and possess an in-depth knowledge of production pipelines.